I am a European serial founder, technology investor and best-selling author who loves innovation and believes in a great future.

I have been founding and managing technology and design-driven companies since 1994. With ip.labs, I founded and built the world market leader for online photo service software and sold it to Fujifilm Japan. 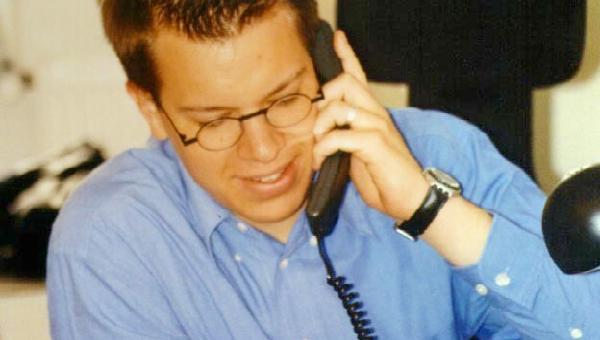 Softer Solutions: Frank founded his first company Softer Solutions at the age of 18 in 1994. The company provided an innovative framework to produce high-end multimedia CD-ROMs, as a faster and more flexible alternative to the popular Macromedia Director platform.

Create Media: In 1996, Softer Solutions merged with Pro PC and published several Multimedia CD-ROMs under the Create Media brand. Create Media also created and ran some of the first major websites in Germany, including hallo.de and bilder.de.

Twisd AG: In 1997, Frank received 1.4 million DM venture capital to create and sell a Linux-based router (LIC: LAN Internet Connect) to connect local networks to the Internet. LIC was one of the first devices to allow management via a web interface. LIC was based on a highly-customized Linux Kernel optimized for security. Twisd also developed one of the first web application frameworks (APL) as a Zen C++ module. The company prepared for IPO in 1999 but went bankrupt with the dot.com bubble burst. 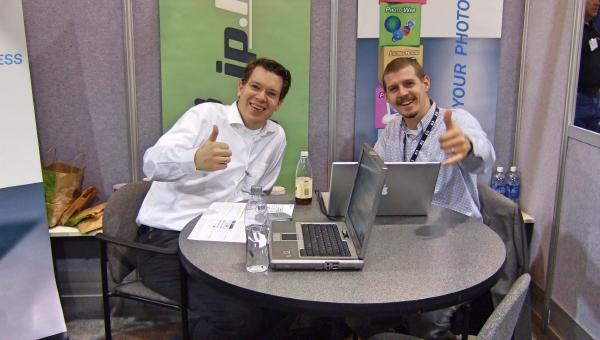 ip.labs: Founded in 2004, ip.labs develops and licenses an online photo service platform (IPS) to design and order photo products such as prints, greeting cards and books from digital photos. ip.labs became cash flow positive quickly and never needed external investors. After five years it became the worldwide leader with 100+ million users in this market and was acquired by the Fujifilm Group in 2008. 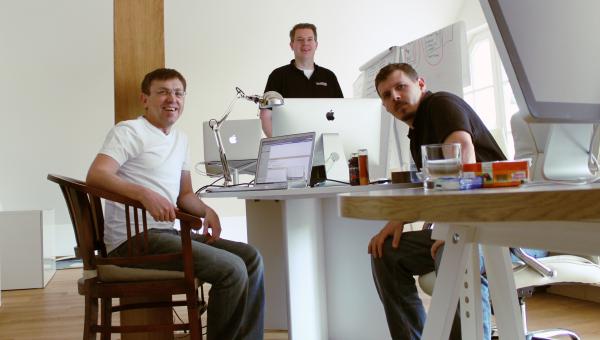 doo: Founded in 2011, doo received $10m in funding from e42, DuMont Venture and Target Partners. The initial product “the document app” won renowned awards, including being selected as “App of the Year” by Apple. It was one of the first AI-centered document management systems and offered native apps with real-time cloud sync. However, after two years in the market, the consumer traction did not meet the expectations of the management and investors. Frank was forced to pivot from a large platform vision to a one-purpose app that generated revenue, namely Scanbot. 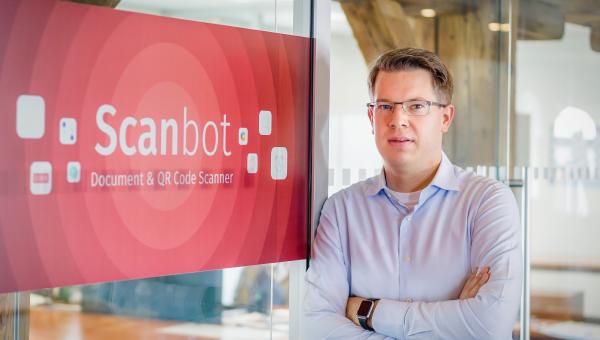 Scanbot: Scanbot launched in 2014 and is today one of the leading document scanner apps for iOS and Android. Apple has awarded Scanbot “Best of 2014”, “Best of 2015” and “Editors’ Choice” awards. The Scanbot team has developed proprietary technology, e.g., to detect documents on all surfaces, recognize document types and smart filters to enhance the scan quality. In 2020 the team sold the consumer Apps “Scanbot” and “Unfade” to focus on their B2B SDK Business. Today over 200 companies are relying on Scanbot technology to scan and understand documents. The international customer base included many Fortune 500 companies, leading insurance-providers, Banks, and Logistics companies. 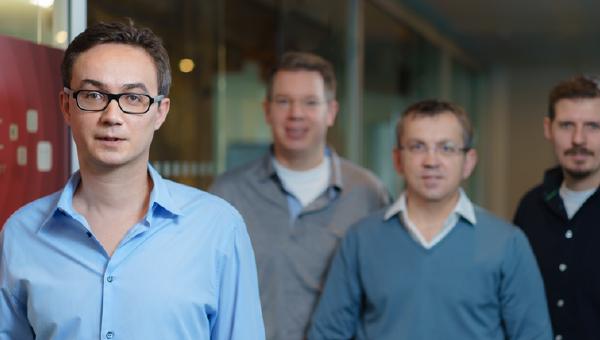 In 2016, Frank handed his role as Scanbot CEO over to Christoph Wagner to focus on startup investments in his role as CEO of e42. 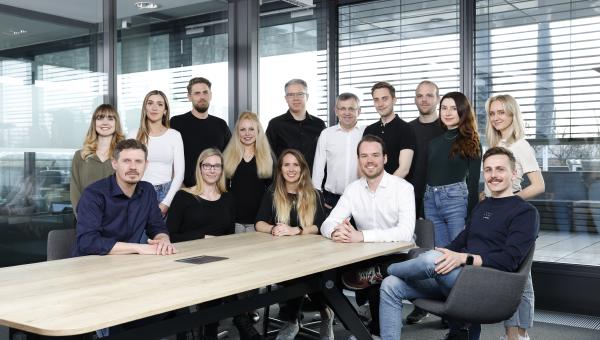 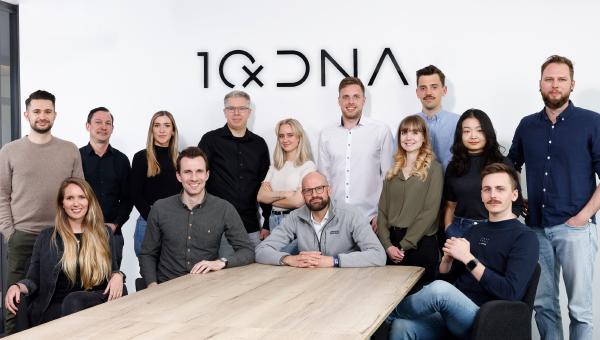 In 2021, Frank founded 10xDNA Capital Partners to transfer the successful venture capital approach of Freigeist to public equity and give private investors the opportunity to invest in the technologies of the future based on fundamental tech research. Former McKinsey partner Jens Giersberg is co-founder of 10xDNA Capital Partners and leads the company as CEO. Frank leads the research team as Chief Research Officer.

I have been founding and managing technology and design-driven companies since 1994. With ip.labs, I founded and built the world market leader for online photo service software and sold it to Fujifilm Japan. 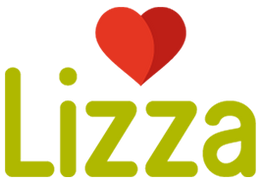 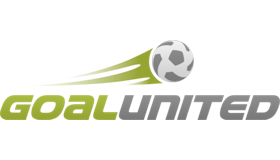 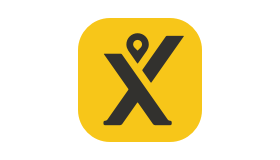 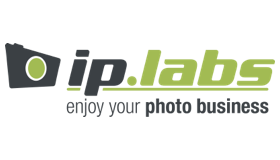 I became known to a wide audience through the prime-time TV show "Shark Tank", broadcasted in Germany as “Die Höhle der Löwen” and am a regular guest at German talk shows like Markus Lanz, Anne Will and Maischberger, where I talk about technology & innovation. 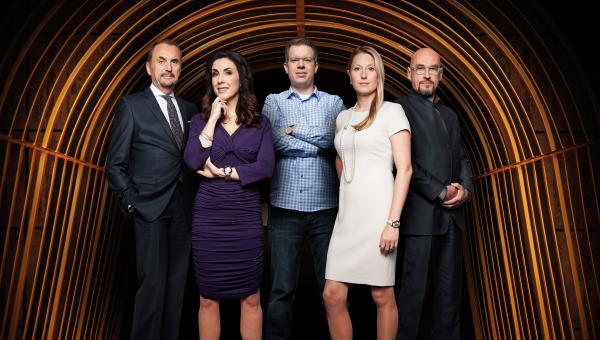 In 2014, Frank joined the Sony Pictures prime-time TV show “Shark Tank”, broadcasted in Germany on VOX as “Die Höhle der Löwen”. The international show is running as “Shark Tank” in the US and “Dragons’ Den” in the UK and has become one of the most successful international TV shows. The first season had 2 million viewers and Frank was investing with Vural Öger, Jochen Schweizer, Judith Williams and Lencke Steiner. 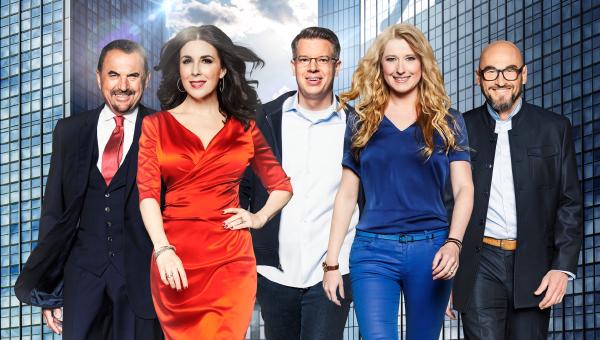 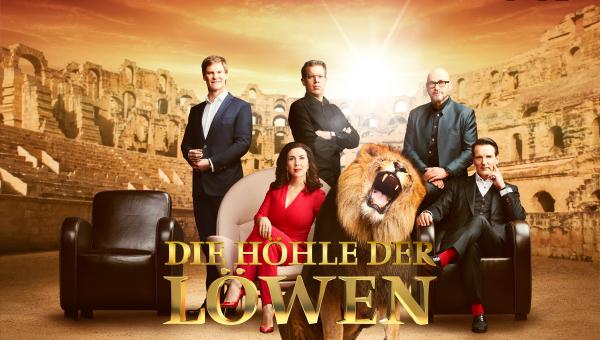 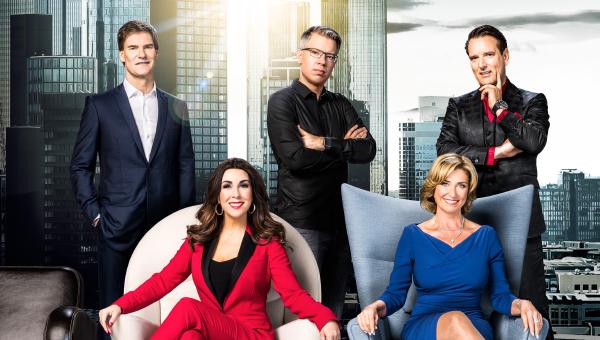 With season 4 Frank became the longest serving “Lion” while building the most successful Startup portfolio from the show. In this season Judith Williams, Dagmar Wöhrl, Carsten Maschmeyer and Ralf Dümmel are joining Frank in the jury. Georg Kofler joined two episodes of this season as stand-in for Judith Williams. Season 4 reached 21% market share and is now the most successful self produced show on Vox. Frank also appeared on a number of shows, including: "ARD Morgenmagazin" and the n-tv Startup Show. 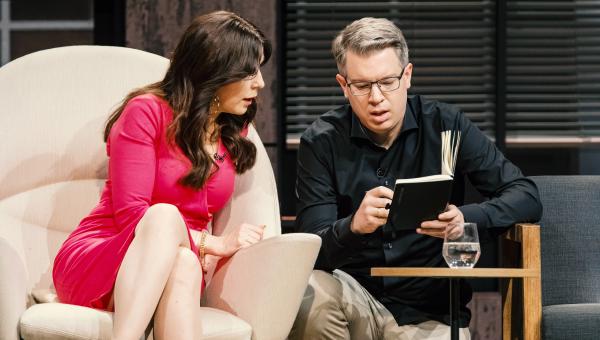 Frank returns in season 5 as the longest-serving “Lion”, just like in the previous season, alongside Judith Williams, Ralf Dümmel, Dagmar Wöhrl, Carsten Maschmeyer and Georg Kofler. He was a guest on multiple talk shows such as Markus Lanz, 3nach9 and NDR Das! during his book release to present his autobiography “Startup-DNA”. Furthermore, he became a substitute teacher for one episode of the new VOX Production “Der Vertretungslehrer”, joined a debate on 5G alongside Peter Altmaier in the tv show “Hart aber Fair” and participated at the “ZDF Ein Herz für Kinder Spendengala”. 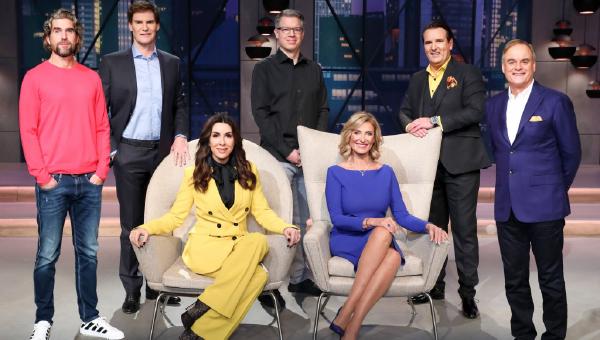 In the 6th season of DHDL, Frank cuts down on his studio days to spend more time with his tech startups. As a new concept, the five seats in the show are now taking turns by Frank, Judith, Ralf, Dagmar, Carsten, Georg, and the latest edition to the group of investors, Nils Glagau. It is also Frank’s first time at the tv show “Ina’s Nacht” and he is holding the laudation in the category “Best Podcast” at “Deutsche Radiopreis”. 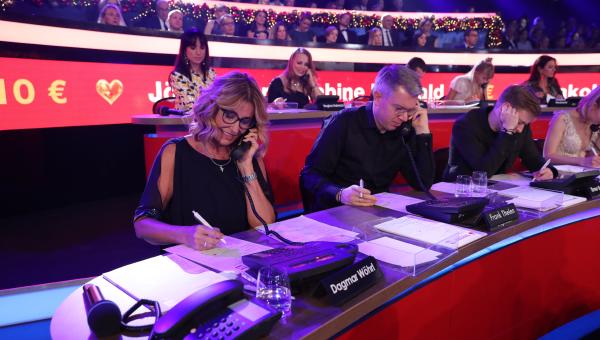 The 7th season of DHDL, broadcasted in Spring 2020, is Frank’s final season. Besides the six new episodes and a Corona special on Vox, he also took part in the Corona Live Special on ProSieben and discussed the Corona App at Markus Lanz and Maischberger. Furthermore, he presented his new book 10xDNA on Sat1 Frühstücksfernsehen and ZDF and participated in the Ein Herz Für Kinder Charity Event broadcasted in ZDF. He also had a short appearance in Latenight Berlin. 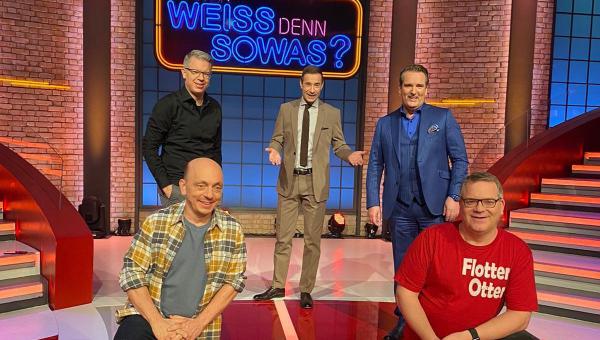 In spring 2021, Frank took part in the ARD quiz show "Wer weiß denn sowas" together with Ralf Dümmel. In October, he also appeared in the ARD show QUIZ Duell together with Ralf. He was a guest on Maischberger before the federal elections together with the then German Chancellor candidate Annalena Baerbock. In 2021, he also supported the ZDF Ein Herz für Kinder fundraising gala on the donation line. 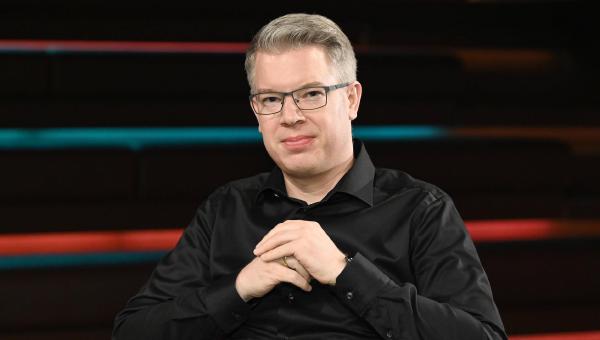 In spring 2022, Frank spoke live on ProSieben's Zervakis & Opdenhövel about the new trend topic Metaverse. He was also a studio guest on the stern TV special on the topic "The Future of Work" and commented as a Bitcoin expert on Vox Prominent.

My autobiography, Startup-DNA tells my story from school dropout to serial founder and technology investor. In 10xDNA, I give an outlook on future technologies and how they will change our lives. 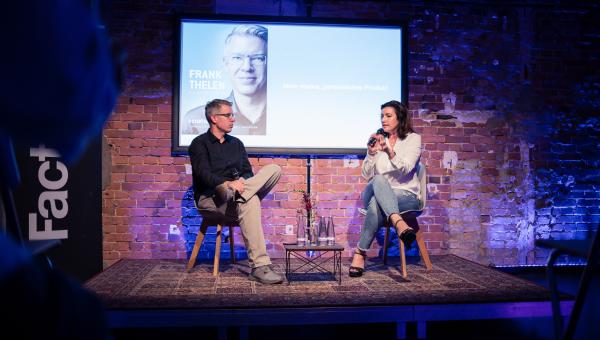 Frank’s autobiography “Startup-DNA” was on the Spiegel Bestseller List for ten weeks straight, became a Manager Magazin Bestseller and received a 4.7-star rating from over 2.400 users on audible. 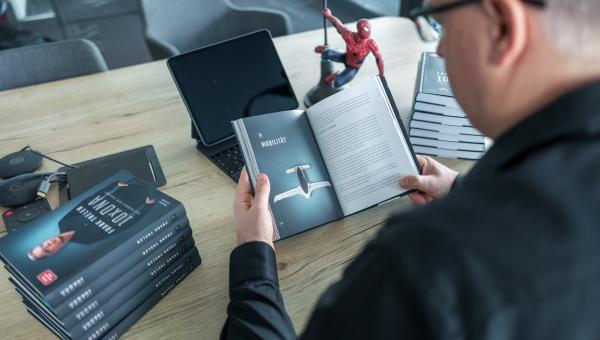 His second book, “10xDNA - The Mindset of the Future” ranked number 4 on the Spiegel bestseller list in the first week after the release. It covers the technologies of the future and their social impact, as well as the way of thinking and behavior that lead to true innovation. In October 2020, it was translated into English.

I have had the opportunity to speak at many great events, in front of tens of thousands of people, alongside personalities such as Angela Merkel and Barack Obama, about the topics that are close to my heart: technology, innovation, pioneering spirit and the future of Europe.

Frank performs keynotes at leading tech and management events. He talks about innovation, why we need more pioneers and how Europe can thrive in the next ten to twenty years. He has shared a stage with personalities such as Angela Merkel, Barack Obama, Richard David Precht, Drew Houston and many more.